Hint: It’s way too much. 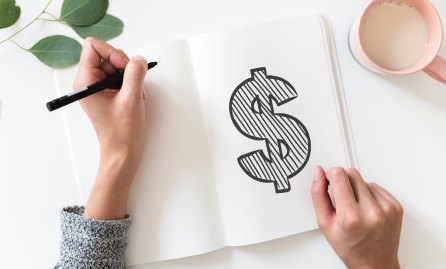 My second passion besides organization is frugal living. Or maybe it’s my first.

As an organizer, I’m aware of many different kinds of costs associated with clutter, but I began to wonder exactly how much time & money it translates into. I did some digging. It was shocking… I’ll get right to it.

On average, you’re paying about $15 per sq foot of your home per year according to AARP. So, that big bouncy ball from the dollar store that’s been sitting in the corner for 5 years has now cost you $75. Multiply that by everything in your home that’s not regularly used. Woah.

Enter storage units. There are 5 times more storage facilities in the US than there are Starbucks! Let that sink in. According to Forbes, Americans spend more than
$24 BILLION a year for storage. AARP mentioned one widow who rented storage space for three years after she “downsized”. In all she paid over $11,000 to store $1,000 worth of items before paring it down.

A few more:
-late fees for late or unpaid bills you’ve lost
-throwing out food, make-up, and other things that spoil because we couldn’t find them
-REPURCHASING things you know you have but can’t locate

It’s been reported that over a lifetime, the average person wastes between 1/2 and one year looking for misplaced items.

Additionally, the National Soap and Detergent Association (who knew?!) estimates that decluttering eliminates 40% of all house work. How ’bout that?

-Children with ADHD that simply can’t concentrate in their spaces and are overwhelmed
-Spouses who argue and rant about the messes, marriages strained
-Higher stress levels in all family members due to feeling enclosed and lost items

Here is a link to a study that shows how clutter leads to higher cortisol levels and depression rates and lower marital satisfaction. I’ve seen it first hand.

There’s simply a mental angst to spending so much time and money on a home and not being able to move around in it. Lifehack mentions loss of focus and productivity.

Many people believe that getting rid of things will be a waste of resources. The truth? It’s costing you more time, money and emotional equity to keep them. Start your organizational journey today!

One thought on “How Much is Your Clutter Costing You?”

Resident neatnik, Sarah Cates, and her sidekicks are ready to help you de-stress and organize your life and mind. Tidy is our middle name. Well, not really, but you get the point.